“Ma,” I said, “can you hear me better? I got a new phone and it should have better sound.”

“Well, I guess so.” She didn’t sound convinced and I could hear her phone shuffling around.

We talked for a bit. The WideEyedDad’s birthday is coming up. They’re still unpacking 40 years’ worth of giant Victorian house Attic Stuff into their Retirement Bungalow. There are, as you might expect, frustrations in the process. Treasures rediscovered. Rediscovered and not to be disposed of. One family’s trash, same family’s treasure. So, birthdays are tricky. The last thing a retirement bungalow needs is more Stuff.

At a certain point I lost my mom’s attention. I heard the phone shuffle again and her voice was distant, “They’re here,” she called.

“What, oh, ok. They’re here!” I could hear my dad’s voice arriving and passing by. “What do you think they want?” he asked. He sounded a little excited, tone high and lifted.

“Probably it’s your new SIM card,” my mom said. She had a tone that was sort of like, of course it’s the new SIM card, what else? Personally I thought it was a little weird. You don’t think about your nearly retired parents getting a new SIM card delivered by UPS. Shouldn’t it be prescriptions or something? “Or,” she mused, “it could be the cookies.”

Ok, I thought. Things are getting strange at the retirement bungalow.

I heard the whomp of a steel front door opening. The whomp of it shutting.

Then, nothing. It was like I wasn’t even there, on the end of the digital phone connection, not the end of a line mind you, but the end of a very long journey through buildings, people, dogs, space, atmosphere, windows. Well, the end of a miracle really, but anyway, I was a briefly forgotten element in the thrill of UPS arriving at the WideEyedParent’s Retirement Domicile. I imagined my mom looking out the front window to witness the UPS delivery.

“What?” my mom said all absent-like.

“You really need to get out more.” 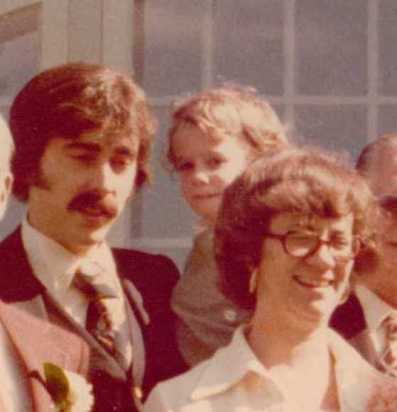