The grass in the back yard is long. Mowing has become critical. 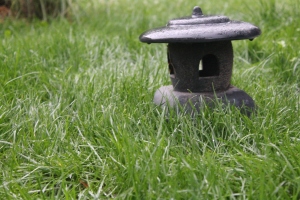 The new back stoop remains unfinished. The parts are in the garage, some assembly required. The new house colors, still undecided. Stripping the old paint, urgent. 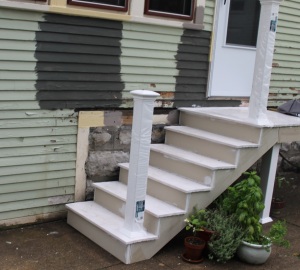 But it’s raining. 47 hundredths of an inch today so far in a long slow endless shower. Well now, that’s just too bad. All of the day’s chores were outside chores. Howsoever will I pass the time? 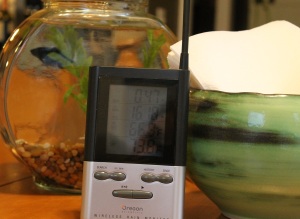 I’ll tell you how, The Good, the Bad and the Ugly and a lace knitting project. 178 minutes of men of poor moral character. Italian made cotton Tahki yarn in a peaceable spring leaf green, bamboo needles, and a simple leaf lace scarf pattern. A match made in work avoidance heaven. 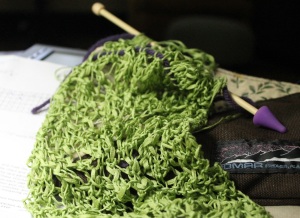 I knit three, and watched Blondie shoot Tuco down from the gallows for the second time… “I’ll keep the money and you can have the rope”. Slipped one purlwise, knit two and passed slip stitch over while Tuco caught Blondie in his hotel room… “There are two kinds of spurs my friend. Those that come in by the door, and those that come in by the window.” Slip slip knit while Angel Eyes’ thug Wallace beat the name of the cemetery out of Tuco and the prison camp orchestra played.

40 minutes of the movie to go, Tuco and Blondie are just about the blow the bridge, and I figure I can knit another 20 or 30 rows if I don’t get too caught up in the three way standoff over the grave.